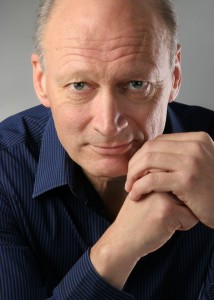 Sten Linnander grew up in Sweden, Afghanistan and Nepal, and later earned a degree in physics and geophysics from the University of Stockholm. Dividing his time between Arizona and Germany, he is currently engaged in research into the fluid self-organization in nature. His quest in life is to understand how we can reconnect with the living world around us and take our rightful place as conscious participants in its evolution.

In his own words…

I was born in Sweden in 1950. My father was a judge who spent many years in Africa and Asia as a legal advisor to various foreign governments, and my mother was a senior secretary and teacher who later worked in Switzerland and Africa in the fight against female genital mutilation.

I spent my first six years in Sweden. Then our family moved to Kabul, Afghanistan, for two and a half years where I began my education in an English-speaking international school. After another year in Sweden, we traveled to Kathmandu, Nepal, where we stayed for three and a half years. There I first attended a Jesuit school for Nepalese children and then an American school.

Back in Sweden I went on to study physics and geophysics, graduating from the University of Stockholm in 1975.

After a year and a half of work, I left Sweden and joined a radical community in Austria. I was to stay there for three years.

Upon leaving the community, I spent the next three years mostly in the United States, acquiring patents for and marketing new German inventions for cleaning oily waste water and other ecologically-oriented technologies.

After that I took a leading role in the development of a social experiment in Germany, working mainly with various aspects of consciousness research. I was the head of a “free university,” organizing visits by internationally acknowledged researchers and innovators from the social, scientific, and spiritual areas. I stayed with this project for eleven years.

Toward the end of my involvement with this project, in 1989 I co-founded and led a German non-profit organization, which organized aid programs and technological transfer, and carried out a number of projects in the areas of ecology, medicine, and city administration in the former Soviet Union. We also facilitated an international project for the protection of the Arctic, which was sponsored by the Association of Cities of Northwest Russia.

In 1992 I began studying the spiritual-shamanic teachings of the Sweet Medicine Sundance Path, an eclectic synthesis of the knowledge of medicine men and women of the Americas and Australia that also incorporates modern scientific and psychological insights. I continued these studies until 2010.

In 1994 I moved to Arizona to focus more deeply on the Path, and during the next eight years I also worked extensively with “Energy Synthesis,” a theory of fluid self-organization in nature developed by the late Alfred Wakeman. I also established a non-profit research organization and initiated a project to prepare for the worldwide distribution of live high-resolution images of the entire Earth.

Since 2002 I have been living and working in Frankfurt, Germany, working with turning live images of the Earth into “Living Globes” that show us the Earth as she looks like right now.  I have also been heading up a German non-profit running programs in schools in Western Nepal teaching adolescent girls and boys about puberty, menstruation, menstrual hygiene management as well as gender equality (see https://english.hearnepal.de/) . To make a living, I have for the last twenty years been working as a translator from German to English for companies and individuals.

I am married to my beloved wife Karin, whom I first met in 1983; we became a couple in 1984 and were married in 1988. She has been the greatest critic of my work and has at the same time helped me bring it “down to earth” as much as possible.